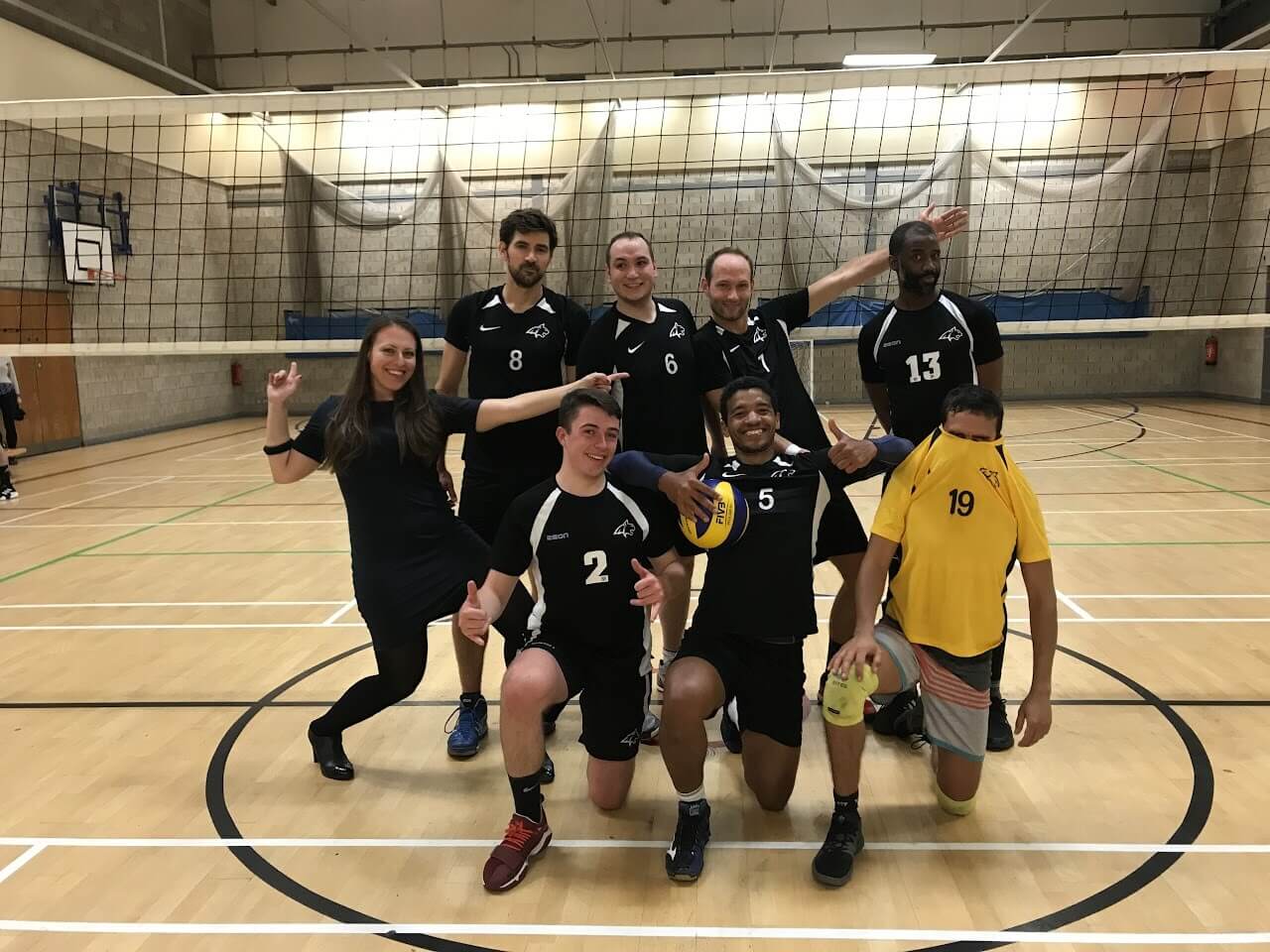 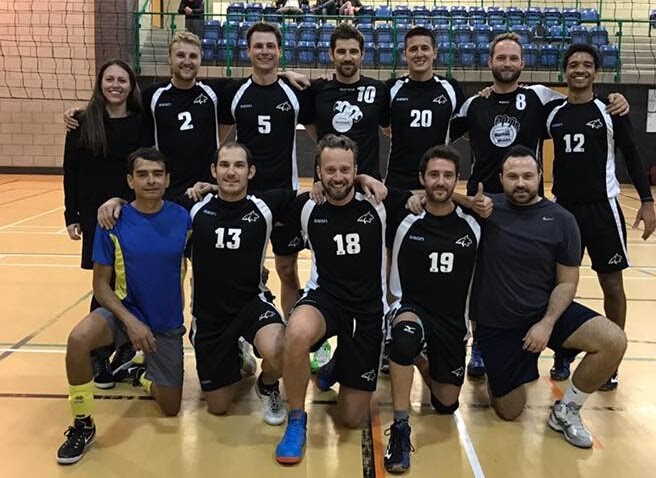 Wapping has had a team in the highest London Leagues since 2009.

It’s a competitive and friendly team coached by Federica Ferreti and run by Renato.

Season 2016/2017 brought new players, mainly beach volleyball players that live around London to join and make it a very strong squad. We manage to crunch gold and win the league despite 3 losses along the way and finally dethroning Flaming Six Aces after 3 consecutive league wins.

Season 2017/2018 saw one of our most experienced players leaving the team, Enrico S. Nevertheless we got new players like Neal, Sarunas and Luciano, mainly beach volleyball players still 🙂 We did a very good season and only lost 1 match. Nevertheless that was not enough to win the league and we came second with the same points as the winners, London Lynx.

Season 2018/2019 ended with Wapping Wildcats finish in 3rd and being the only team in the league defeating the league winner. That was achieved despite losing a few more fellow members of the team such as Phillip (going back to home country USA), Ivan, Aldo and Francesco. Nevertheless we saw Mark Konto (setter) joining us after a long break without playing, as well Federico (middle) and Kevin (middle).

Season 2019/2020 looks promising despite losing again a couple of members like Bruno and Mark Konto. Nevertheless we see an old face, Mark B (opposite) and a couple of new faces like our setter Matt U (coming all the way from Nottingham) and Edvinas S to bring as back to the top of the league.

Fixtures and Our Results

Where: Mulberry School for Girls

(Entrance at Anthony St, between Tesco and a Lloyds branch)

For any enquiries about the men’s 1 Wildcats team, contact Wapping Wildcats Email

This website uses cookies to improve your experience while you navigate through the website. Out of these, the cookies that are categorized as necessary are stored on your browser as they are essential for the working of basic functionalities of the website. We also use third-party cookies that help us analyze and understand how you use this website. These cookies will be stored in your browser only with your consent. You also have the option to opt-out of these cookies. But opting out of some of these cookies may affect your browsing experience.
Necessary Always Enabled
Necessary cookies are absolutely essential for the website to function properly. These cookies ensure basic functionalities and security features of the website, anonymously.
Functional
Functional cookies help to perform certain functionalities like sharing the content of the website on social media platforms, collect feedbacks, and other third-party features.
Performance
Performance cookies are used to understand and analyze the key performance indexes of the website which helps in delivering a better user experience for the visitors.
Analytics
Analytical cookies are used to understand how visitors interact with the website. These cookies help provide information on metrics the number of visitors, bounce rate, traffic source, etc.
Advertisement
Advertisement cookies are used to provide visitors with relevant ads and marketing campaigns. These cookies track visitors across websites and collect information to provide customized ads.
Others
Other uncategorized cookies are those that are being analyzed and have not been classified into a category as yet.
SAVE & ACCEPT